MRC PHRU conducts large-scale observational studies, randomised trials, and meta-analyses of randomised trials in vascular disease. These programmes are made possible by innovative methodological work conducted in the cross-cutting theme: Big Data and Computing Innovation. In addition, the Wolfson Laboratory provides underpinning support for all the unit's work. 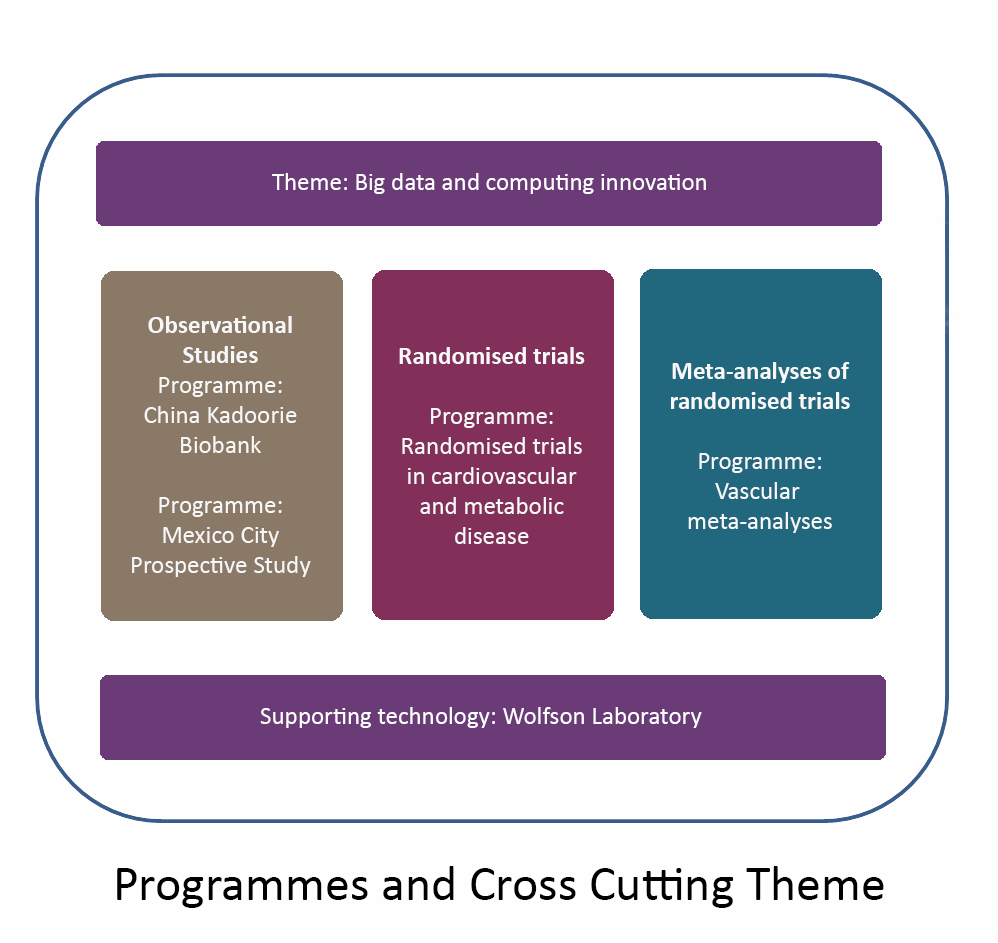 The China Kadoorie Biobank is a study of over 500,000 volunteers recruited from ten areas across China, with data from questionnaires, physical measurements, and long-term storage of blood samples.

The Mexico City Prospective Study is a study in which, between 1998 and 2004, over 150,000 men and women provided information about their lifestyle and disease history, had physical measurements recorded (including weight, waist and hip circumference and blood pressure) and had a blood samples taken for long term storage.

Aim to study treatments that can produce sustained changes in risk factors that are known or suspected causes of such diseases, such as blood low-density lipoprotein (LDL) cholesterol (e.g. the 20,000 patient Heart Protection Study) and high-density lipoprotein (HDL) cholesterol (e.g. the THRIVE and REVEAL trials), or which are known to interrupt a disease mechanism (e.g. aspirin in the ASCEND trial of 15,000 people with diabetes mellitus).

We coordinate large collaborative meta-analyses of vascular disease trials by collecting and analysing individual patient data from all randomised trials that have addressed the same or a similar question. For example, we coordinate the Cholesterol Treatment Trialists’ (CTT) Collaboration, which has helped to determine the effects of reducing LDL cholesterol with statin therapy.